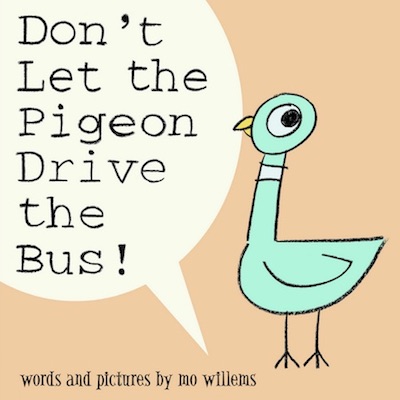 Don't Let the Pigeon Drive the Bus
Written by Mo Willems. Illustrated by Mo Willems.
Hyperion (2003)
SUMMARY: No matter how hard he pleads and begs, the pigeon is not supposed to drive the bus while the driver is away, but pigeon tries every persuasive trick he can think of to trick the reader into saying yes.
NOTE: The narrative in the Pigeon series is composed of dialogue between the Pigeon and the reader. 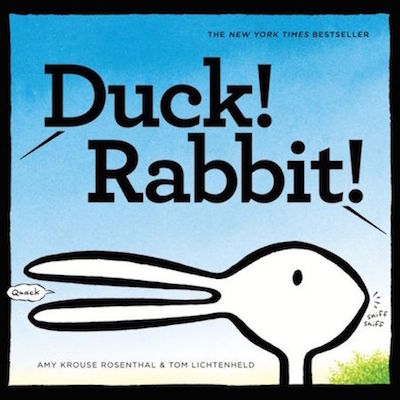 Duck, Rabbit
Written by Amy Krouse Rosenthal. Illustrated by Tom Lichtenheld.
Chronicle (2009)
SUMMARY: Two unseen characters argue about whether the creature they are looking at is a rabbit or a duck.
NOTE: The narrative is composed of dialogue, with two characters debating about whether a creature is a duck or a rabbit.
Page 3 of 18