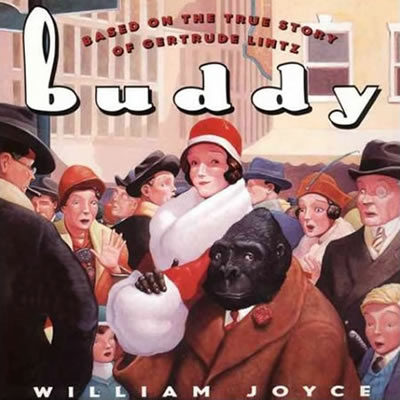 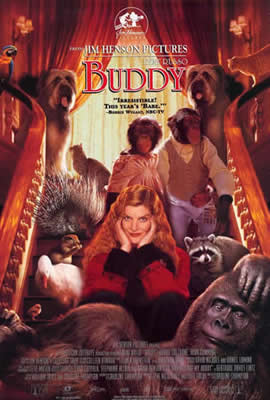 Summary: Gertrude Lintz was a sight to behold as she walked down the streets of 1930's New York City with a well-dressed, four-hundred-pound gorilla. The the gorilla obeys her commands, but that all changes when she is invited to display her animals at the Chicago World's Fair. Accidentally freed by one of the chimps, the Buddy terrorizes the crowd. From that point on, Gertie's control over Buddy is never the same.
Starring: Rene Russo, Robbie Coltrane, Alan Cumming, Paul Reubens, Irma P. Hall
Directed by: Caroline Thompson
Release date: June 6, 1997
Running time: 1:24
MPAA Rating: Rated PG for some threatening animal action.
Tagline: Welcome to a family that will make yours seem tame.
Production: IMDb Details
Based on: Buddy (HarperCollins, 1997) by William Joyce
Watch the trailer
Page 5 of 28