Named for nineteenth-century English illustrator Randolph Caldecott, the Caldecott Medal celebrates distinction and distinguished contribution to American picture book illustration. It is awarded annually by the Association for Library Service to Children (ALSC), a division of the American Library Association (ALA) to the artist of an American picture book for children. A panel of experts diligently examine thousands of books published the previous year. After months of deliberation, the panel selects one winner and an indeterminate number of honor titles. The illustration on the Caldecott Medal, as mentioned previously, is a reproduction of an illustration from Randolph Caldecott's picture book The Diverting Story of John Gilpin.

Dorothy P. Lathrop was the first award recipient for Animals of the Bible (Lippincott, 1937) by Helen Dean Fish. 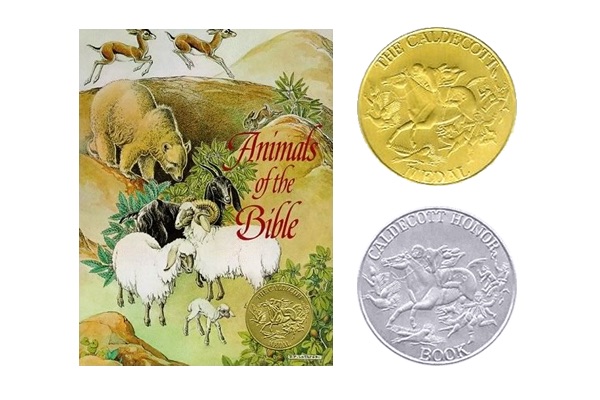