Established in 1996, the Pura Belpre Illustrator Award celebrates Latino/Latina illustrators whose work portrays, affirms, and celebrates the Latino cultural experience in a positive and affirming manner. Named for Pura Belpré (1899-1982), the first Latina librarian at the New York Public Library, the award is co-sponsored by the Association for Library Service to Children (ALSC), a division of the American Library Association (ALA), and the National Association to Promote Library and Information Services to Latinos and the Spanish-Speaking (REFORMA), an ALA affiliate. From 1996 through 2008, the award was given biannually. Since 2009 it has been awarded annually.

Susan Guevera won the first illustrator award for Chato's Kitchen (Putnam, 1995) by Gary Soto. She won the award again in 2002 for the sequel Chato and the Party Animals (Putnam, 2001). 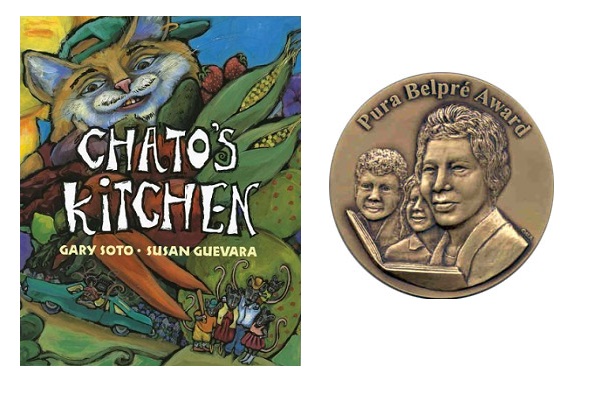